Under the leadership of the Communist Party of China,the people of Hangzhou have carried out indomitable revolutionary struggle and magnificent socialist construction.Over the past 100 years,pioneering economic and social achievements have been made,great historic changes have taken place in the face of the city,landmark leaps in people's lives have been achieved,and wonderful butterfly changes have been accelerated into a socialist modern international metropolis.

1.A modern industrial system has initially taken shape after a century of struggle

In the new wave of digitization in the past two decades,Hangzhou has accelerated the construction of"the first city of digital economy in China",and digital economy has become the main driving force of transformation and development.In 2020,the added value of the core industry of Hangzhou's digital economy was CNY 429 billion,accounting for 26.6%of GDP and 61.1%of the province's total.The added value of e-commerce(CNY 193.3 billion),cloud computing and big data(CNY 138.9 billion),digital content(CNY 311.3 billion),software and information services(CNY 344.1 billion),electronic information products manufacturing(CNY 109 billion)and other related industries have all exceeded CNY 100 billion.

The proportion of high-tech manufacturing industry has increased,and in 2020,the industrial added value has increased to CNY 422.1 billion,and the leading industries have changed from textile,food,and papermaking to high-end manufacturing fields such as computers,communications,electronics,electrical machinery,and medicine.In 2020,the added value of high-tech industries above scale accounted for 67.4%.

2.The Pearl of Paradise is endowed with unique charm after a century of struggle

Hangzhou has gradually formed an urban infrastructure aimed at an international metropolis.The three-dimensional transportation network of highway,railway,air and water transport has been developed in an all-round way,reaching both at home and abroad,with a passenger volume of 121.83 million passengers and a freight volume of 419.44 million tons in 2020.

3.The characteristics of a city of innovation and vitality demonstrate the centuries of struggle

We will actively build a"rain forest"ecology of entrepreneurship and innovation.At the end of 2020,there were 7748 high-tech enterprises supported by the state,an increase of 5769 over 2010,and 14576 technology-based small and medium-sized enterprises in the province.We will further promote the construction of national"mass entrepreneurship and innovation"model cities,with 68 state-level mass innovation spaces,41 state-level business incubators,ranking first in sub-provincial cities,and 37 unicorn enterprises.

In 2020,the number of patent applications and authorizations was 14.4 and 92000 respectively,ranking first in the provincial capital cities in terms of the number of valid invention patents;the number of PCT international patent applications was 2030,an increase of 9.1 times over 2011.Technology trading is more active.In 2020,the turnover of technology contracts will be CNY 52.03 billion,and the transformation of scientific and technological innovation into real productive forces will be more efficient.

4.Reform and opening up are integrated into the city's genes after a century of struggle

Hangzhou has taken the lead in promoting market-oriented reform.in 2020,Hangzhou has 39 enterprises on the list of China's top 500 private enterprises,ranking first in the country for 17 times in a row.The added value of the private economy is CNY 985.5 billion,an increase of CNY 519.6 billion over 2012,accounting for 61.2%of GDP and an increase of 1.5%over 2012.Private enterprises exported CNY 258.9 billion of goods,accounting for 70.1%of the total.

The quantity and quality of foreign trade are both rising.With China's accession to the WTO at the beginning of this century,Hangzhou is deeply integrated into economic globalization.In 2020,Hangzhou's imports and exports totaled CNY 593.4 billion,of which exports were CNY 369.3 billion,valued at USD 85.6 billion and USD 53.3 billion,respectively,an increase of 1018 and 1065 times over 1989,with an average annual growth rate of 25.0%and 25.2%.Export commodities have gradually changed from primary and low value-added products dominated by agricultural and sideline products and light textiles to high value-added commodities,with mechanical and electrical and high-tech products accounting for 44.9%and 17.6%of the total export volume,respectively.Cross-border e-commerce has grown from scratch,was listed as the first cross-border e-commerce pilot zone in China in 2013,and approved the establishment of a comprehensive cross-border e-commerce pilot zone in China(Hangzhou)in 2015.The competitiveness of"Hangzhou Service"continues to improve.In 2020,the export of service trade reached USD 13.84 billion,and service outsourcing entered the first square of the country.

International exchanges and cooperation have been deepened in an all-round way.by the end of 2020,Hangzhou enterprises have set up 2445 overseas investment projects(1134 non-trade projects)in 102 countries and regions around the world,with a total investment of USD 6.36 billion by overseas enterprises and USD 3.69 billion by China.From participating in the low-end division of labor to exploring the layout of the global value chain,a total of 57 companies have been listed overseas.In 2020,foreign capital actually used was USD 7.2 billion,and a total of 126 of the world's top 500 enterprises have come to Hangzhou to invest in 222projects.

The 100-year development of Hangzhou is a vivid epitome of the indomitable rejuvenation of the Chinese nation under the leadership of the Communist Party of China,which comprehensively demonstrates the strong vitality and incomparable superiority of the socialist system with Chinese characteristics.Under the strong leadership of the Communist Party of China,Hangzhou adheres to the guidance of Xi Jinping's thought of socialism with Chinese characteristics in the new era,faithfully implements the"August 8 Strategy",strives to create an"important window",and gathers the great efforts of the people of the whole city,it will surely write a more gorgeous new chapter of the times! 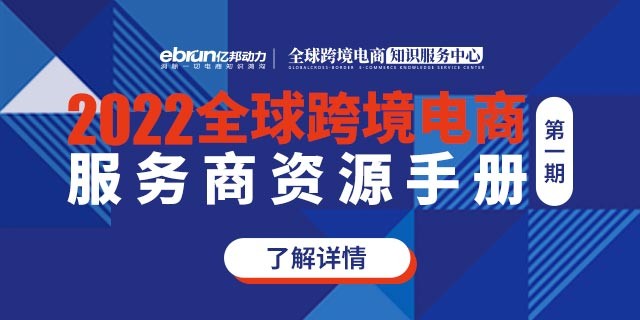