The data suggest that Shopee platform GAAP revenue was about$1.2 billion in the second quarter of 2021,up 160.7%from a year earlier.Although Shopee revenue has maintained rapid growth,its growth has been significantly lower than the 250.4 per cent growth in the first quarter.The results indicate that the growth of Shopee platform GAAP revenue is mainly driven by the size of the e-commerce market and the growth of each revenue item,including transaction commissions,value-added services and advertising business.Shopee will continue to add new features to meet the needs of users.

In the second quarter of 2021,the total number of Shopee orders reached 1.4 billion,an increase of 127.4%over the same period last year.Compared with the first quarter,the number of orders increased by about 300 million,and increased by 27.3%compared with the previous quarter.The increase in orders also pushed the Shopee platform GMV to$15 billion,an increase of 88%year-on-year and 16%month-on-month.

In the second quarter,Shopee adjusted for positive EBITDA in Malaysia,making Malaysia the second profitable regional market for Shopee after Taiwan.

On the mobile side,Shopee applications have a good performance.

According to App Annie,Shopee was the most downloaded shopping app on Google Play in the second quarter of 2021.In the global shopping App ranking(Google Play&App Store),Shopee ranks second in total downloads and third in user length of use.

In Southeast Asia and Indonesia,Shopee's largest market,Shopee ranked first in the average number of monthly active users and total user usage of shopping apps in the second quarter of 2021,according to App Annie.

Forrest Li,CEO of Sea Limited,said in a conference call that Shopee recently launched the Shopee Mall brand membership program in Southeast Asia.The program allows brands to introduce their own loyalty programs in Shopee to promote more conversion and repeat purchases on the platform.

Forrest Li also mentioned in the conference call: "We are pleased to note that Shopee is receiving more and more attention in Brazil.According to App Annie data,Shopee ranks first in terms of total downloads and total user usage time among Brazilian shopping App,and ranks second in the average number of monthly active users. "It is reported that Shopee officially entered the Brazilian market at the end of 2019. 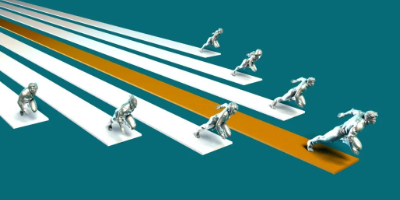